On January 9th, one of our devoted volunteers saved a client’s life. That is a big claim, but it is true…and a lot more common than you might think. This particular client is an elderly woman with dementia who lives alone in Fort Worth. The details are a little sketchy, but she apparently set a fire and was afraid she would get in trouble. Consequently, instead of calling 9-1-1, she called her daughter. 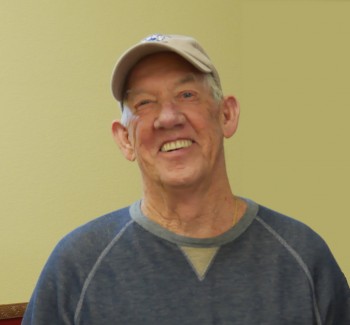 Earlier in the week, our volunteer coordinator, Debbie, had made several phone calls to volunteers to try and fill some vacant routes. She contacted Mr. Cox, a retired Fort Worth fire fighter and a longtime Meals On Wheels volunteer, to see if he could fill in for someone on that Friday. Mr. Cox graciously accepted.  Although he had been delivering meals on this route for some time, his normal delivery day was on Thursday.

When he arrived at the client’s home on Friday, he saw smoke pouring from the house. He immediately dialed 9-1-1. He then tried to help the client, but all of the windows and doors were covered with burglar bars. When the fire department arrived a few minutes later, they entered the house and discovered thick smoke from floor to ceiling. They were able to rescue the client and put out the fire. Mr. Cox knew most of the fire fighters and they told him that if they had arrived just two minutes later, the client would not have survived.

The client was taken to the hospital for smoke inhalation and is expected to make a full recovery. Unfortunately, her home sustained quite a bit of damage. As you can imagine, she and her family are extremely thankful to Mr. Cox and the entire Meals On Wheels staff.

I spoke to Mr. Cox that afternoon to thank him for his efforts. He was adamant that he had done nothing out of the ordinary. I told him that I don’t believe in chance, but believe that we each have a purpose with an appointed time. I went on to tell him that I personally believe that the entire episode was orchestrated from the beginning, starting with Debbie’s phone call earlier in the week.  He was simply fulfilling a marvelous plan to save someone’s life. While he may think that he did what anyone else would have done, all of us at Meals On Wheels think that he is a hero.

Believe it or not, that was not the only client saved on that Friday. Another volunteer found a client who had fallen and dialed 9-1-1. That client was taken to the hospital as well. On Monday of that same week, another volunteer notified us that a client did not answer the door. We got in touch with her emergency contact and they found that she had been on the floor for three days with a broken hip.

Yes, three of our clients were saved that week because of the quick actions of our volunteers. We truly have the most amazing people involved with Meals On Wheels.  Please take a moment to give thanks for the compassion and service that these wonderful people provide to our clients.